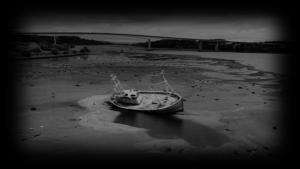 A wise man once told me that liquidity is a coward, it’s never around when you really need it. It has stood me in good stead over the years. As an investor traversing the decades one tends to occasionally find oneself in a period of alluring illiquidity premiums or times were accessing “the new new thing” is so new that the related market is inherently illiquid or “the smartest guys in the room” have created a new ‘guaranteed moneymaker’ that can only be accessed (via special invitation and high fees) by a select ‘lucky’ few. These all start with high hopes and amazing gains on paper, but the exit can prove illusive. These often conflate at the top of broader market cycles, when investors let go of prudence and climb further and further out into the thin branches of the money tree. There is optionality in liquidity, that can be taken for granted in good times, but is extremely valuable in bad times. Let’s explore the lessons of some illiquid tales – some personal and some more general.

Traditional investment literature states that market liquidity can be loosely defined as the ease with which assets can be bought or sold. The degree of liquidity depends on a number of factors. One not so obvious, but rather crucial factor is trust. When trust evaporates, liquidity too will dry up. Changes in liquidity often occur as a result of a change in risk perception. Risk perception is a shifty beast.

The start of the 2007–2009 financial crisis illustrates this in a dramatic way. After a long period with plentiful trust and liquidity the market realized in July 2007 that there was a substantial default risk in portfolios underlying the tranches of Collateralized Debt Obligations (CDOs) in which a number of banks were heavily invested. These portfolios had been classified as subprime. The initially AAA rated CDO tranches became totally illiquid within a short period. Consequently the values of these assets had to be written down when the portfolios of these investors were revalued. The ‘shifty beast’ stampeded all over the best laid plans.

Classical valuation theory is based on the law of one price and assumes implicitly that market participants can trade freely in both directions at the same price. This means in particular that the market is able to accept any amount of assets which are traded at the current market price whatever the direction of the trade is. In the absence of perfect liquidity the law of one price can no longer be justified. It should be replaced by a two price theory where the terms of trade depend on the direction of the trade.

When people try to sell the position at quoted prices but finds that it was a case of ‘stairs up and elevator down (sometimes with the cable cut)’ the rapidly declining prices soon leads to panic as the house of cards tumble.

Here is a tale of how a stampede into stamps by a tight circle of ‘well informed’ people turned a frenzy into a tepid shallow pond of despondency.

At a dinner party during the early 2000s when I first moved to Barcelona, I encountered a lawyer who helped a lot of wealthy local people – real old money families. We will call him Jordi in order to respect his privacy & that of his clients. He told me a story which has stayed with me since as it serves to illustrate the dangers of groupthink & illiquid markets very well.

As the late 1990s turned into the new millennia the Barcelona economy and the property market really started to take off and skyrocket as the median house price went from Euro 240,000 in 2003 to close to half a million by 2006. Many of the families who had owned large swaths of downtown Barcelona & the surrounding area for decades suddenly found themselves not just well off but rather wealthy and tempted to cash in as big institutional and international players came in powered by easy money and offered amazing deals.

Upon the exit and now suddenly not just cash-flow wealthy from rents but outright cash rich. Faced with a new reality after many decades of having their wealth tied up in real estate and local business ventures, they now had new choices – perhaps too many choices as well as information overflow, but little real understanding.

This group was in many cases interconnected as the families had been doing business together and socialized for decades, it was also an insular, tax adverse and in investment terms relatively unsophisticated group.

One of the ‘thought leaders’ in the group became convinced that the optimal solution was to seek the protection of a private niche market of tangible assets that could be easily moved across borders, handed down to family as part of legacy transfers and traded away from prying eyes in a private marketplace – The answer was stamps.

Armed with the knowledge obtained from some sales materials and a few books on the matter, he went looking for local dealer in order to secure a private and local avenue to convert some of his newfound wealth into these amazing new vehicles for instant wealth protection with major major upside potential.

Through a friend of a friend, he found a suitable place. It was a rather sleepy organization that had mainly been catering to a few hobby collectors and some business at international fairs around the backwaters of Europe. It was suddenly turned into the ‘new new thing’ for a group of recently very wealthy people. With the help of a friendly banker an easy private format for turning all that cash into something; “Safer than houses and easier to move around the world than gold” with absolute anonymity came into being, making the owner of the sleepy stamp shop a wealthy and sought-after man in the process.

Soon a mini mania was under way as these families bid up the prices of these scarce assets. A competition, both in terms of who could own the most prestigious items as well as who could get the most ROI, broke out.

Soon the dealer was running out of stock and as the group valued privacy and was not particularly internet savvy, he had a monopoly on this exclusive and lucrative business and so he set out to acquire new stock from some of his contacts around Europe. He would be returning at regular intervals with more and more exotic options for his clientele, much to their delight.

At some stage as a brisk re-sale market within the circle came into being and prices and demand kept rising, he decided to partner up with one of his international contacts who was instantly attracted to this lucrative opportunity and who brought new supply to the market. This new partner was more commercially informed and quickly added rocket fuel to the flames with grand tales, private events & fancy materials. Soon most of the wealth from selling swaths of downtown Barcelona was converted into a few allegedly well stocked stamp collections tucked away in safe deposit boxes in Andorra and in private homes in the best parts of town.

As the cash from the sales of properties dried up and they ran out of new people to bring into the ‘circle of trust,’ combined with the increasing spending habits of these suddenly very wealthy people, led to this once deep and exclusive market all too quickly becoming a shallow narrow puddle of despondency.

Or as Jordi described it in painfully visual terms;

“It was like Buffet’s saying  – when the tide goes out we all know who has been swimming without swimming trunks but in this case it was more like a small group of middle-aged swingers getting into a Jacuzzi with the lights dimmed and Champagne flowing, feeling like the gods of Olympus and now hours later someone switches on all the lights and all that is left is a small group of naked old people sitting cramped in a Jacuzzi with no water and only some leftover foam and drain hair for company. Whoosh the liquidity has gone and so had the good times…”

The international supplier promptly decided to move on and left with the majority of the cash leaving everyone else “asset rich” on paper but cash poor.

In 2006/07 I thought of this story, as tales of Wall Street investment banks’ escapades in private market investment vehicles and dark pools did the rounds and as we saw the unraveling of a global narrow, opaque game of three-card Monte AKA CDOs & their kin, began to take hold.

I thought about it again in 2017 as the Crypto ICO “markets” started to roar like a purple and orange Lambo. The so-called private markets underpinning the stratospheric valuations of the sudden flocks of rampaging tech unicorns shepherded by all-knowing VC princes of the Valley that Silicon built, again brought me back to pondering these dynamics.

As the son of a painter and the husband of one, I have a predisposition for art and collectibles and often recognize these powerful emotions at play when exploring these “markets of one”.  As I write this people are losing their minds over Non-Fungible Tokens AKA NFTs of dancing pixelated wizards and tuxedo-wearing bulls. Recently digital artist Mike Winkelmann, better known as Beeple, sold a compilation of 5,000 images at auction at Christie’s for a staggering price of $69.3Mln. 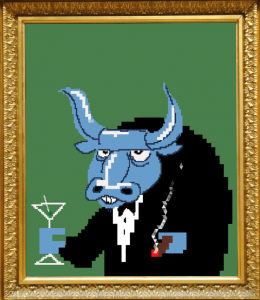 This tale of the stampede into stamps serves as a great reminder of the dangers of groupthink, confirmation bias & illiquid markets.  When a lot of people jump into a small pool, it may appear as if the water is rising and floating all boats to a ‘permanently higher & higher plateau’. However, it may look very differently when you try to leave. Caveat Emptor. 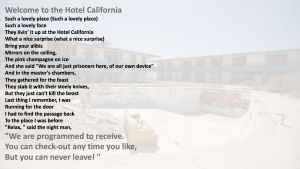 ILL(iquid) Tales…2021-03-182021-03-18https://www.thestrategicgroup.com.pr/wp-content/uploads/2021/06/tsg_logo_white_centered.pngThe Strategic Grouphttps://www.thestrategicgroup.com.pr/wp-content/uploads/2021/03/st8.png200px200px
About
Sune Hojgaard Sorensen, Director of Macro Research
Sune brings 20 years of business and professional investment experiences across asset classes, investor segments and geographical locations to his work with Strategic Funds. Sune is the founder of an independent macro research company that provides distinct insights on global trends and related investment risks and opportunities. He is a partner with a US based think tank focused on research and advise for leaders in both the public and private sectors. He sits on the advisory board of a Swiss wealth and asset management group. He develops and manages investments for global families and entrepreneurs in his role as an Independent Asset Manager (IAM) with a Swiss based asset management business. He has developed a deep global bench of contacts across industries, and across his various business interests he can draw on a unique set of skillsets that enables him to provide actionable investment insights for optimal risk/return balancing. He provides The Strategic Funds group with perspectives on macro trends for the identification of risks and opportunities. He is available for conversations with clients and interested parties on global macro trends and how they can best deploy the Strategic Funds’ sets of strategies to protect and optimize their broader investment portfolios and navigate the ever-changing global landscape.
Drowning in Information, but Thirsty for Insight?

Join our Strategic Insights Community! We do not have all of the answers, but we are not afraid of exploring the big questions and discussing the matters that affect you and your family as you work to achieve your goals.

Stay in the know with timely perspectives on both the Macro Trends & Micro Moves that we recommend discerning investors consider as they set out to navigate the path ahead.
[ctct form=”6576″ show_title=”false”]